THE LONGEARS SAFEHOUSE
The Longears Safehouse is a NM non-profit donkey welfare and rescue organization registered in the State of New Mexico since September 5, 2012.  We are registered as a non-profit corporation with the NM Secretary of State and as a charity with the NM Attorney General. We will be back on the list of 501c3 federally tax exempt organizations shortly. 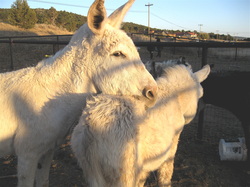 ​﻿"... to make the world a better place for donkeys and related long ears such as mules and hinnies. TLS provides education about the mental and physical needs of long ears, their nature, training and care, rescues donkeys in need, rehabilitates and rehomes them, and helps long ears in times of crisis or emergency situations." ﻿
​Our mission statement broadly summarizes (and in some ways exceeds) the so-called 5 Freedoms of Animal Welfare, which are internationally recognized as the "gold standard" of animal welfare both in agricultural contexts and in the context of animal rescue and rehabilitation. The standard is explicitly endorsed by such established organizations as American Humane, ASPCA, Animal Humane Society, the Association of Shelter Veterinarians, Humane Canada, to name only a few. The 5 Freedoms are also taught at animal science departments throughout the US and other countries. In essence, they comprise the following areas:


The 5 Freedoms are reflected in our mission statement as well as in our standard policies for rescue, care, rehabilitation, and adoption in that they recognize both the mental and physical needs of donkeys. For example, we never keep a donkey without donkey companionship unless, which is sometimes the case, that specific donkey actually prefers or equally embraces the company of horses or mules, in which case he is accommodated accordingly. Nor do we tolerate bullying behavior among animals but make sure, as far as we can, that each donkey can live in an environment suitable to his personality and specific needs, free of stress and fear, and conducive to the enrichment of his mental faculties.

Our sources of information about donkeys, their natural behaviors, and their specific mental and physical needs include, besides direct observation and information provided by other donkey shelters or sanctuaries, donkey owners and caretakers (including TLS adopters and foster homes), the two top internationally recognized research institutions in the field: the Donkey Sanctuary of England and its affiliates and associated professionals, as well as the annual Donkey Welfare Symposium hosted by the UC Davis veterinary school, which assembles a colorful range of donkey professionals from all over the world each year to give presentations and exchange information about donkey care, behavior, management, and training. When we make decisions about care, rescue, training, rehabilitation or adoption of donkeys, we rely on these resources and only to a limited extent, as needed to accomplish our care goals, on the opinions of local professionals who do not specialize in donkeys and are unfamiliar with the resources we use. We are also familiar with the guidelines of the AAEP regarding horse rescues and regarding the care and maintenance of horses and follow them as we deem appropriate. ​​

That said, our standards of care and adoption broadly reflect and in some respects exceed the official requirements for horse rescues and retirement facilities in NM with special consideration of the differences between horses and donkeys and the specific needs, both physically and mentally, of the latter. Unfortunately, donkeys as a species have been little researched thus far and are probably one of the most misunderstood animals. That is so especially since most people, including many equine professionals and horse owners, still consider donkeys as nothing but a breed of horse with long ears and a funny voice. Such misunderstanding about the very nature of donkeys, who evolved rather differently from horses, will inevitably lead to misunderstandings of their behavior and nutritional needs as well. As a donkey rescue, it is part of our mission to educate the public in that regard. ​ 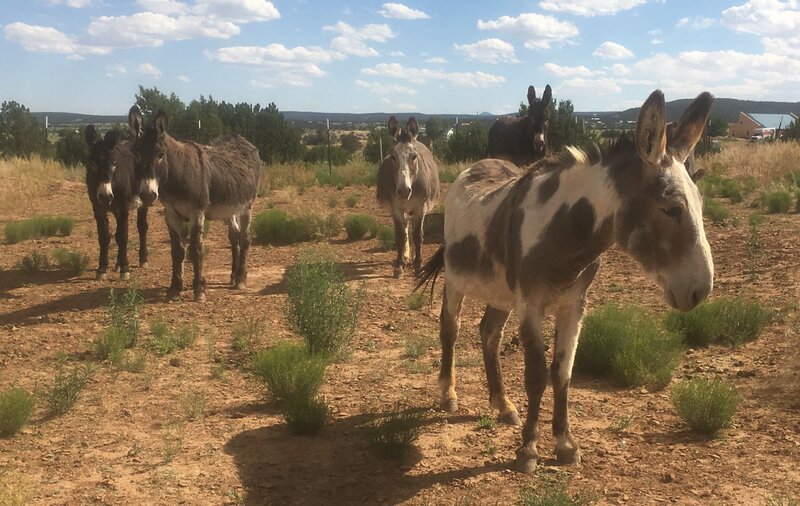 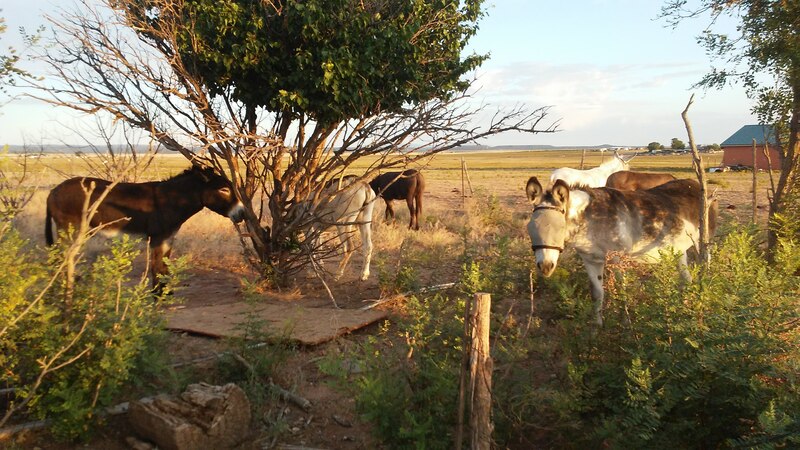 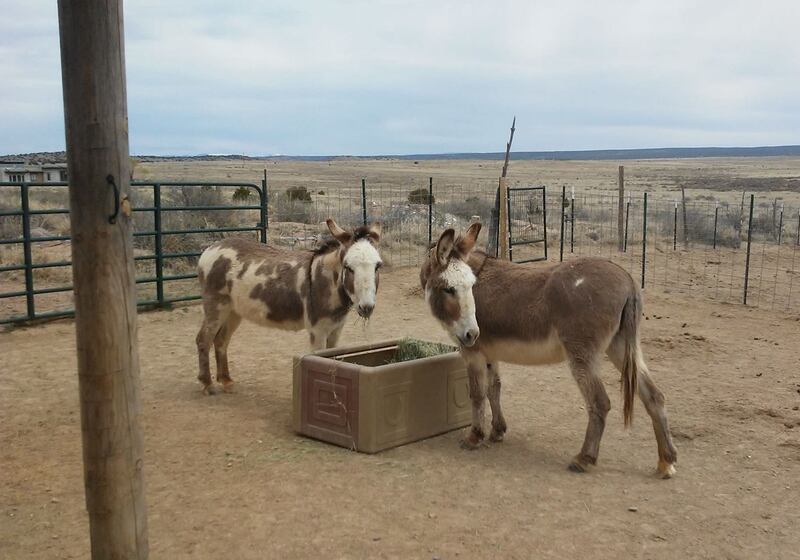 Since our humble early beginnings in the summer of 2011 we have helped donkeys from New Mexico, Colorado, Texas and Arizona to find a safe place, in most cases a permanent loving home. Most of the donkeys we take into our rehab program require major efforts in gentling, training as well as a certain period of adjustment before they become able to trust humans. A fair number of them need an extended period of physical and especially mental healing from the consequences of poor handling, mismanagement, neglect and/or abuse. Unlike most domestic horses, donkeys tend to receive much less handling and training from birth, and so part of our job is also to make donkeys acquainted with being handled by farriers and veterinarians, which often is difficult at first.
Proudly powered by Weebly